If I shut up heaven that there be no rain, or if I command the locusts to devour the land, or if I send pestilence among my people; If my people, which are called by my name, shall humble themselves, and pray, and seek my face, and turn from their wicked ways; then will I hear from heaven, and will forgive their sin, and will heal their land. (2 Chronicles 7:13-14) 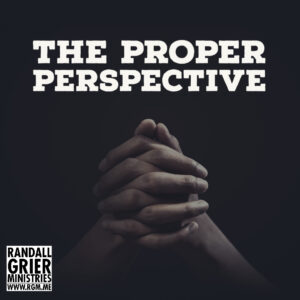 Can it really be this simple, or should we search, probe, hunt and look for something so secret no one really knows about it? Is it a hidden conspiracy that we have to dig for, to find out why we have the pandemic along with political, social, financial and spiritual unrest in our nation? Is it the deep state taking over and the communist invading our land?

Yes, it is really that simple. The above verses give us the reason and the solution. No deep state can take over and no communist can prevail in our land unless the church/God allow it. We must put things in the proper perspective. It is not their fault. The responsibility lies directly on the shoulders of the Body of Christ. Placing the blame on other things is the way of the Garden of Eden. Adam said, “It is the woman you gave me.” Eve basically said, “The devil made me do it.” God did not agree with Adam or Eve, he held them each accountable for their actions. They brought judgment upon themselves and suffered the consequences.

The problem in the church today, is the majority of the church world knows nothing about what the Word of God says about God’s judgment. If some have heard about God’s judgment they have heard that God doesn’t judge people today. This causes people to look for another reason or excuse as to why evil is in our land. Many see God’s judgement as God’s punishment, but it is not. It is the love and mercy of God in action. It is a wake up call to the individual or nation that something worse is on the horizon unless you take action and make changes. It is God’s last resort to get our attention, not His first.

Yes, I heard you. You said, “Jesus took all judgment, and there is no judgment in the New Testament era.” A study of the New Testament will disprove that theory. In Acts chapter five, Ananias and Sapphira both were judged by God for lying to the Holy Ghost, and fell dead. In Acts chapter twelve, King Herod was judged by God and the angel of the Lord killed him. In first Corinthians chapter five the Apostle Paul judged a young man and turned him over to Satan for the destruction of the flesh. In the gospels, Jesus told his disciples that the Temple would be destroyed for Israel’s disobedience. Also, around six million Jews were murdered by Adolf Hitler in the holocaust. I could go on, but I point out this all occurred in the New Testament era and the Christian who does not believe in the judgment of God today is greatly deceived.

There is another action the Christian must take. In 1970 and 1979, Jesus Christ gave Dad Hagin (Kenneth Erwin Hagin) a vision. You can look it up. It is called the vision of the frogs. In the 1979 vision, Jesus told him that he was holding the church responsible for the President’s mistakes. Jesus went on to tell that if the church would do what His Word says and bind evil spirits, in His name, they could stop the devil from operating in our nation like he does. Jesus revealed that the church could stop the political, social, financial and spiritual unrest in the nation. In order for this to work, from my own Biblical experiences, you must first be in the Spirit for your prayers to work. Many pray without the spirit and it does not work. Learn about and yield to the Holy Ghost and your prayers will be greatly effectual.

If the church will take heed to the above verses and obey them, God will heal our land. His mercy is everlasting and His love and compassion fail not. I also want to assure you, that the Lord Jesus Christ will take care of His children and that no evil shall befall them! May we all take heed and obey His Word.