And when he had found him, he brought him unto Antioch. And it came to pass, that a whole year they assembled themselves with the church, and taught much people. And the disciples were called Christians first in Antioch. (Acts 11:26) 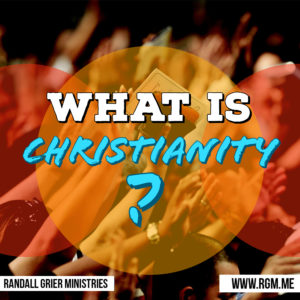 How Many Denominations Are There

According to the World Christian Encyclopedia (year 2000), global Christianity had 33,820 denominations. That means there are at least 33,820 different beliefs about what a Christian is! The title of Christian is given to many different people and groups, even though their beliefs may not agree with the Bible or the teachings of Jesus Christ. This has led to much confusion, error and the rise of much unbiblical, false, Christianity in the world today.

There are those who call themselves Christians in the world today but they are not. It does not matter what title a person calls themselves, there are certain teachings that must be believed and obeyed if you are a true Christian. It would be necessary to write a book to cover the subject in its entirety. I only intend to point out certain aspects to lead people in the right direction.

This also includes those who have written their own book related to Jesus Christ and claim to be Christians, even though their beliefs directly contradict the original Bible. It also includes those who have taken the Bible and changed the meaning to agree with what they believe. The entire group are not Christian and are deceived by Satan and are his followers and are on their way to the lake of fire.

There are those who call themselves Christians, but believe all different religions lead to heaven. They say God loves everyone and if you just try to do the right thing you will be accepted of Him. They do not believe that Jesus Christ is the only way of salvation. This could include the false doctrine Christianity, but extends into a much larger segment of society than that. Of course, it is all false doctrine, but I am pointing out some of the non-scriptural beliefs. All of the false Christianity has a tendency to overlap each other.

This would include those who worship trees, rocks, the earth, moon, sun or stars, animals etc. New Agers and other spiritual religious seekers fit into this category also. The group is not Christian and are seduced worshipers of Satan, even though they don’t realize it. They are on their way to the lake of fire.

This group is called Christian by most of the world because of ignorance and because it is such an accepted practice by many. They say they believe in Jesus Christ but take the Bible and mix it with their own ideas, which do not agree with the Bible. This false religion has trapped millions upon millions into this false Christianity over the years and more will follow.

This group believes that the worship of statues, religious relics and praying to the dead is Christianity. They also believe that you confess your sins to a man on earth and you are forgiven, if you do the penance you are told. They believe there is a place between heaven and hell that you go to after you die, which contradicts what the Bible teaches. Those who practice pagan idol and people worship and do not practice the teachings of Jesus Christ are on their way to the lake of fire.

There are many other things that could be written about false Christianity. The truth is that a person who does not strictly adhere to the teachings of the New Testament, in the Bible, and practice them is not a true Christian.

Jesus Christ appeared to Kenneth E. Hagin on September 2, 1950. Jesus Said, “Many of My own people will not accept the moving of My Spirit and will turn back and will not be ready to meet me at My coming.” It is this type of backslidden Christianity that concerns Jesus Christ and me today. Jesus told Dad Hagin that many of His own people would turn back and would not be ready to meet Him.
Every major denomination started with a strict adherence to the Bible and followed it closely. Almost all of them began with Holy Ghost Baptism, gifts of the Spirit, miracles and the power of God. The backsliding, in denominations, starts when man’s opinions, ideas and what people want, take precedence over the Word of God.

When absolutes disappear and the careful obedience to the Bible is no longer the guideline, backsliding has begun.

Now the Spirit speaketh expressly, that in the latter times some shall depart from the faith, giving heed to seducing spirits, and doctrines of devils. (1 Timothy 4:1)

Seducing spirits begin to influence the leaders and then the church begins to accept doctrines of the devil, in their ignorance. Doctrines of devils (the devil’s ideas and desires) are then introduced as the plan of God, and satan rules and laughs at man’s stupidity, as he takes over. The Bible, especially the New Testament, has to be the document or constitution, rules and laws, of true Christianity. If not, it is not Christianity.

Jesus appeared to Kenneth E. Hagin on July 16, 1987, for two hours and fifty-three minutes, and told him what true New Testament worship was. It is recorded in his book, “Plans Purposes & Pursuits.” I will relate some of the principles from that book, that tell us what true Christian worship is, along with some of my thoughts.

Present Your Body To God

Christianity is presenting our bodies as a living sacrifice unto God. (Romans 12:1) We present our bodies by not using tobacco, alcohol and drugs; cursing or using our tongue to speak hateful things about others. It also includes our appearance and how we dress. If what you are wearing is displaying your body in a provocative, sexual manner – it is wrong. We must not be like the world in the way we dress.

The subject of tattooing has become a source of controversy in the church today. Is it right or wrong? I have tattoo’s from my alcohol, drug and prison days. When I got born again, the Lord told me not to get anymore tattoos. Kenneth E. Hagin told me to keep them covered up and not display them unless I absolutely had to, so others wouldn’t be encouraged to get them. It has its origin in pagan idol worship and I am aware that it is popular today.

God wants transfigured bodies and He wants renewed, transformed minds. (Romans 12:2) It takes work and discipline to renew your mind. It requires diligent meditation in God’s Word, and learning to change your ways and patterns of thinking to line up with what His Word says. If you fill your mind with secular novels, TV shows, sitcoms and movies, your mind will have a hard time relating to the Bible. The internet can also be wrong for you, if it is not used correctly, as with TV.

The images you see with your eyes and what you hear with your ears are very powerful. Why do you think TV commercials bombard you every few minutes. They know that is the most powerful way to get you to believe that you need their product.

The Sacrifice Of Praise

Hebrews 13:15 says we are to offer up to God the sacrifice of praise which is the fruit of our lips, giving thanks unto His name. We look for happiness and joy in the world and rarely find it. When you praise and thank God, you take your mind off the world and place it upon Him. It lifts your spirit, attitude and your outlook on life.

Be Filled With The Spirit

True Christianity is being filled with the Spirit, speaking to yourself in psalms, hymns and spiritual songs. This also includes speaking in tongues, laughing and dancing in the Spirit. It is not putting on something in the flesh. It is yielding to the Holy Spirit, in you. (Ephesian 5:18-20) There are times that I speak in spiritual psalms and sing spiritual songs for hours, as I yield to the Holy Spirit. It takes time to become proficient in these areas.

There is a great need for Christians today to develop in these simple principles. It is easy to do, but it does require time and effort. I am sure you will take this journey. God is with us!