The Lord God made tunics of [animal] skins for Adam and his wife and clothed them. – Genesis 3:21

There are many famous clothing designers in the world, but God was the very first fashion designer. It wasn’t anything fancy; it was practical and suited Adam and Eve for what they needed at the time. Over the years, clothing has changed and the reasons why people wear what they wear has changed as well. 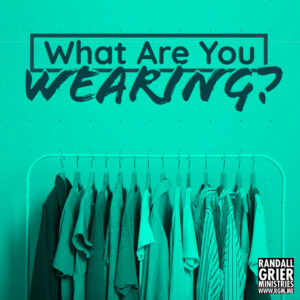 In today’s society, I will say that it is certainly hard, if not impossible, to recognize who a pastor, minister or Christian is from the way they dress, the way they talk, the way they look and the way they act! They dress, talk, look and act so much like the world that you would think you need to tell them about Jesus and get them saved! From the outward appearance, there is little or no difference from the appearance of the world. It used to be that body markings, piercings and tattoos were only seen on bikers or criminals, however now they are very popular and accepted among Christians and ministers. If you were to go into a tattoo parlor today, you’d find Christians there and no-one blinks twice, whereas in the past no Christian dared to be seen in one.

Do not let your adornment be merely outward—arranging the hair, wearing gold, or putting on fine apparel— rather let it be the hidden person of the heart, with the incorruptible beauty of a gentle and quiet spirit, which is very precious in the sight of God. – 1 Peter 3:3-4

Sadly, many preachers have embraced the culture of the world. I have been to churches with ministers and their wives wearing skin tight clothes with all sorts of things about too pop out. They were more concerned about looking like a Hollywood superstar than a minister of the Gospel. Everyone that I have known that got really involved in this worldly mentality left their spouse, children, church or ministry, and got involved with another man or woman. It is a temptation that looks innocent, relevant and necessary at first, but ends in disaster.

I certainly agree that what you wear does not make you a Christian or preacher, only the Lord Jesus can do that. And tattoos won’t send you to Hell, but there are spiritual consequences that come with them. What you wear, your appearance and attitude, is a reflection of what is goin on in your heart though. Your appearance does define who you are to others. If you dress like a clown, people will identify you as a clown. If you dress like the world, people will identify you with the world. At one time, I wore convict clothes and was identified as a convict.

I will greatly rejoice in the Lord, My soul shall be joyful in my God;
For He has clothed me with the garments of salvation,
He has covered me with the robe of righteousness,
As a bridegroom decks himself with ornaments,
And as a bride adorns herself with her jewels.
– Isaiah 61:10

We should not look disheveled, unkept, or disoriented. We are not to dress like the culture  in the way the world demands. There is and has been a push on for Christians and ministers to embrace the “casual Friday” mentality when it comes to church. We’re told to wear whatever you feel comfortable in and come as you are. Sadly, many come as they are and leave as they came.

There is a reason that “casual Friday” is not a popular thing today as it once was. The people that started it found that it had a negative effect in the workplace among their people. The same is true in the church. We don’t come to church like it’s “casual Friday” at Walmart. We come to the house of God to meet with our Lord and we should dress appropriately. We are not to be changed by the culture of society; we are to change the culture of our society. We are to be a light to the world. But how can we be a light when we’ve become so dim because of our attitude, appearance, and the compromises we have made?

It seems that about the only career or profession, with exception of a few, that you can’t define who they are when on duty, by their outward dress, are the current church leaders. You can tell who the police officers, doctors, nurses, Walmart employees, mechanics, airline pilots, Fed-Ex and McDonald’s employees are, but how do I find a Christian or a preacher?

Jesus said we need to be in the world, but not of the world (John 17:16-18). He meant that we don’t have to abide by the world’s standards and act like the world. Many believe that what you wear doesn’t matter. But it’s not about what you wear, but the heart issue that determines what you wear. That attitude of casual dress will eventually become a casual attitude about Christianity. I have seen it happen over and over. Our lives should reflect a separation from the world and a sanctification and separation unto God in holiness. We need to be very careful that we don’t allow the spirit of the world to get into us or the Church — the Body of Christ.

Examine yourself to be sure you are not allowing the world to influence you in dress, talk or actions. Refuse to act like the world in any area.