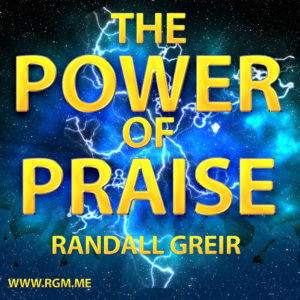 We know that we’re to pray in faith. Dad Hagin taught us that and then he repeated it to us, often. After you have prayed though, that doesn’t mean that you let your faith go. No, always stay in faith after you pray.

Tomorrow go down: behold they come up by the cliff of Ziz; and ye shall find them at the end of the brook, before the wilderness of Jeruel. Ye shall not need to fight in this battle: set yourselves, stand ye still, and see the salvation of the Lord with you, O Judah and Jerusalem: fear not, nor be dismayed; tomorrow go out against them: for the Lord will be with you. – 2 Chronicles 20:16

After they had prayed – set yourself, stand ye still.  That doesn’t mean that you’re inactive, but you’re actively standing in faith. After God was finished speaking to the children of Israel here, verse 18 says, “And Jehoshaphat bowed his head with his face to the ground: and all Judah and the inhabitants of Jerusalem fell before the Lord, worshipping the Lord. That’s the proper protocol.

Always thank God and worship God for showing up on your behalf. The Spirit of God said to me, “There’s been a whole lot of praying in the church, but very little praising and worshipping.” It’s good to pray, but we need to balance out our prayer life with our praise and worship life. Put it in the proper perspective. Do we pray and ask God – yes. But we must also praise and worship Him, glorify Him, magnify Him.

Verse 20 says, “And they rose early in the morning, and went forth into the wilderness of Tekoa: and as they went forth, Jehoshaphat stood and said, Hear me, O Judah, and ye inhabitants of Jerusalem; Believe in the Lord your God, so shall ye be established; believe His prophets, so shall ye prosper.” The king gave some instructions to the people. God has prophets today that speak and give instructions and if you’ll follow those instructions, you will be established and you will prosper, in the name of Jesus. How do you know? The Bible says so.

And when he had consulted with the people, he appointed singers unto the Lord, and that should praise the beauty of holiness, as they went out before the army, and to say, Praise the Lord; for his mercy endureth for ever (v21).

In verse 21 you see that King Jehoshaphat appointed singers to praise God. He didn’t appoint warriors. He didn’t put the warriors on the frontline because he wasn’t fighting the battle. As they’re praising and worshipping the Lord, they’re not even there in the battle. They’re not even thinking about a battle, they’re praising and worshipping God. Verse 22 tells what happened when they started to praise God.

And when they began to sing and to praise, the Lord set ambushments against the children of Ammon, Moab, and mount Seir, which were come against Judah; and they were smitten (v22).

The Lord went to work for them when they did what? When they began to sing and praise the Lord. While you’re singing, praising, worshipping, and glorifying God, He is fighting your battle for you. He’s the one that set ambushments up, not the children of Israel.

For the children of Ammon and Moab stood up against the inhabitants of mount Seir, utterly to slay and destroy them: and when they had made an end of the inhabitants of mount Seir, every one helped to destroy another. And when Judah came toward the watch tower in the wilderness, when they got to where the battle was taking place, they looked unto the multitude, and, behold, they were dead bodies fallen to the earth, and none escaped (v23-24).

Verse 25 says, “And when Jehoshaphat and his people came to take away the spoil of them, they found among them in abundance both riches with the dead bodies, and precious jewels, which they stripped off for themselves, more than they could carry away: and they were three days in gathering of the spoil, it was so much.”

When you start obeying God and follow His protocol, everything else lines up. You’ll be three days in carrying away the spoil. You’ll have to get a bunch of dump trucks to haul it away. When you obey God, God is going to bring you out the other side. They didn’t even have to ask Him for any of those precious jewels or gold or anything. God just showed up with them because He just enjoyed what they were doing. When you obey God and you look at it from the proper perspective and say “none is able to withstand Thee,” this is your day of victory.

There is power in praising God. If you’re going through something, don’t stop. If you’ve taken it to prayer and are believing God, then start praising Him that it’s done and just watch what God will do. God is with you!