But when the fulness of the time was come, God sent forth his Son, made of a woman, made under the law, To redeem them that were under the law, that we might receive the adoption of sons. And because ye are sons, God hath sent forth the Spirit of his Son into your hearts, crying, Abba, Father. (Gal. 4:4-6) 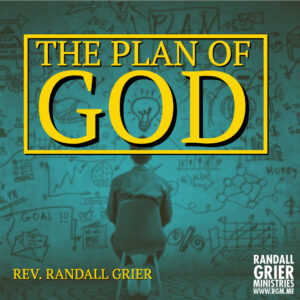 Notice the scripture declares, “When the fullness of the time was come, God sent forth his Son.” God had a plan that He carried out to redeem mankind. He always moves according to a purpose, pattern and a plan. Most of the church has struggled in this area not understanding His plan for the time we are in.

I woke up about four in the morning one day with the Spirit of God dealing with me about His plan for the time we live in. The Lord does not want us ignorant of His plan.

Revelation Of The Plan

It is apparent that God’s plan for the church must come by revelation from the Spirit of God. If it didn’t, everyone would know it and there would be no division about it in the church. I can’t number or name all the denominations and beliefs about God’s plan in the Body of Christ. Can you? It is mind boggling to even attempt it. Then you have many, happier than a hog wallowing in slop, that have no idea God has a plan, and could care less. Yes, that is startling to me also.

Is it possible to know the plan of God? Yes. It comes through revelation from Heaven – not from man’s ideas, according to Jesus Christ.

He saith unto them, But whom say ye that I am? And Simon Peter answered and said, Thou art the Christ, the Son of the living God. And Jesus answered and said unto him, Blessed art thou, Simon Barjona: for flesh and blood hath not revealed it unto thee, but my Father which is in heaven.

John answered and said, A man can receive nothing, except it be given him from heaven. (Jn. 3:27)

The Apostle Peter declared that Jesus was the Christ – the Son of God by revelation. There were very many people that did not have that revelation. In fact, Jesus Christ, The Son of God was murdered because the people voted that He was an imposter. Some declared He was of the devil, and almost everyone yelled out to crucify Him.

Through Jesus Christ, God was manifested in the flesh, walking the streets of Jerusalem. Hardly anyone knew who He was. It is sad. You can say that only a handful of that generation knew what the plan of God was. Jesus wept over Jerusalem because they knew not the time of their visitation.

Joseph and Mary brought baby Jesus into the temple to present Him to God. The Prophet Simeon, and Prophetess Anna were the only two who knew who Jesus was. They knew, by revelation, what the plan of God was. They had received it from Heaven.

After Jesus rose from the dead, He appeared to about five hundred people. There were only 120 people in the upper room praying.

The Apostle Peter was on a rooftop praying. He was unaware of the plan God had to save the Gentiles. He was in the Spirit and God showed him a vision. Then Peter began to understand the plan of God. He went to the home of Cornelius and preached to the gentiles and they were saved and filled with the Holy Ghost. He received God’s plan by revelation from Heaven.

Not Knowing His Plan

You will have a deep sense of dissatisfaction in your Spirit. You will search for fulfillment in worldly things. When you try to pray, it will be a struggle and lifeless. You will know you are not connecting with His Spirit, and sense a void inside. You won’t fulfill what He has for you. You will eventually die and discover, sadly, what you could have had on earth.

Dad Hagin used to refer to how, if you get off course just one degree, you will never make your destination. I have been a pilot since 1988. If a pilot gets off course, just one degree, while flying to his destination, he will be one mile off course for every 60 miles he flies. It wouldn’t take long for a pilot to be lost, especially in bad weather. He would crash because he couldn’t locate the destination airport.

Some major denominations started getting a little off course, doctrinally, years ago. Now, they have embraced same sex marriage and ordain lesbians and homosexuals. They actually teach that it is okay to disobey the Bible.

There are some organizations that are falling apart because they compromise the Bible and the Holy Ghost. Some that are vibrant now, will become like ghost towns in about ten years. Then everyone will see that the foundation has been crumbling for a good while – even though they don’t see it now. It grieves the heart of God that these things occur. Sadly, He has witnessed man’s disobedience for over 6,000 years. My heart is also grieved and saddened by it. I know others have to see it, but just don’t say anything about it. If a person is led by the Spirit of God they know  these things also.

As we grow closer to the Lord’s return, it will be imperative that we walk in His plan for our lives, churches and ministries. I can see it! It is glorious! There is a relationship with the Lord, anointing, and a place in the Spirit you have never seen or known! That is His plan. It is just beyond the natural realm and it belongs to all the saints.

This reminds me of the last prophecy I heard from Dad Hagin. A few ministers and I were sitting in a room one night after service in Mississauga Ontario, Canada. It was his last meeting on earth in 2003. It was just a few weeks before he moved to Heaven.

Suddenly he declared, “My Lord I sense the Holy Ghost!” He spoke in tongues and gave the interpretation. He said, “God has led you in the smaller things of the Spirit. Now, He is going to lead you into the larger things of the Spirit. Then He is going to lead you into a place, in the Spirit, that you have never been before. You will say ‘my, my, my I didn’t even know this world existed!’”

I believe the Holy Ghost spoke this for all of our benefits. It belongs to us, but we must desire the Lord with all of heart, mind and soul. If we can accept things as they are, we will never press through to what belongs to us.

Principles Into His Plan

Remember, His plan is for you to have a relationship with the Lord, anointing, and a place in the Spirit you have never seen or known! Without this, you will never enter into His perfect will.

The first principle is you must have an intense desire that motivates you to seek Him in prayer. My good friend has often said, “As long as you can live with your circumstances the way they are, you won’t do what it takes to change them.” You have to become tired of just going through the motions of being a Christian/minister, tired of not hearing His voice or operating in the gifts of the Spirit, tired of teaching and preaching the promises of God, but they won’t work for you.

A spiritual deadness seems to be all around you. You do all sorts of things to fill the deep void. You take up hobbies that take your mind off the emptiness you have inside. You may immerse yourself in your tech gadgets, online social sites and games to wile away the hours and hours of loneliness away from God. Those things are symptoms of your spiritual condition. You have to be fed up with not having a close relationship with the Lord.

The second principle is you must be willing to pay the price to seek God. The only person that can stop you is you! The devil can’t stop you, circumstances can’t stop you and people can’t stop you. You have to crucify your flesh, your desires and wants, and press into prayer.

I am not saying that those things won’t try to stop you because they surely will. All hell may break loose because you are going to make the devil mad. He won’t like you breaking his hold on you and the ceiling and limitations he has placed on you for a long time. Just laugh, persevere and bind him in the mighty name of Jesus!

The third principle is you must have the revelation that all permanent change in your life starts in your born again spirit. People try all sorts of New Year’s Resolutions to change their habits, diets, and life. I see troops of people jogging in my neighborhood the first of January. Two weeks later, you see a faithful few that haven’t quit yet. Until you pray it out in your spirit, you will not walk it out. Peter told Jesus he would not deny Him and meant it – but he did. He was not strong enough, spiritually, to live out the word he declared.

The fourth principle is you must strengthen your human spirit to overcome the things in your soul (mind, will and emotions) that are placing a ceiling on you. This comes from meditating upon the Word of God and confessing it over your life. You also need to fast along the way. Spend much time praying in other tongues. You will see change, and breakthrough to a new level in the spirit! Miracles will happen like you have never known! God is with you!