Many think that they are sitting around waiting on the Lord, but the truth is that the Lord is waiting on us. You can say, “I believe,” all day long, but if you don’t get up and do something, your words are useless. You can be right in the midst of one of the greatest moves of God that’s ever been known to the human race and not benefit from it if you don’t follow-up and move with God. 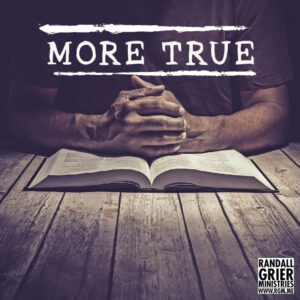 God told the children of Israel that the Promised Land belonged to them, but they didn’t believe God. Their actions proved it. They wandered in the wilderness and a whole generation died. All they had to do to be a success was step out. Their flesh kept them looking at giants rather than a gigantic God. Quit looking at the giants. QUIT looking at the giants! If they would have just taken one step over into the Promised Land, God would have been right with them and the giants would have fallen. God had already proved His might over and over again. We know He would have taken care of those giants, don’t we?

The reason you act like the Word is true is because it is! Too many times we look around and see things that look “more true” to us than the Word of God. That’s what the children of Israel did. The giants looked “more true” than what God had told them. In fact, they looked “more true” to them so much that it moved them to act. That wasn’t just the spies that came back that believed this. That was everyone. The whole group of them – millions and millions – were moved by something that wasn’t true; it was just “more true.”

God’s Word isn’t going to become true to you just because it is God’s Word. You have to do something. Remember, God is waiting on you. The circumstances and situations aren’t “more true” because they are a lie or they are truth. They appear that way because it’s what has been given priority in your life.

“This book of the law shall not depart out of thy mouth; but thou shalt meditate therein day and night, that thou mayest observe to do according to all that is written therein: for then thou shalt make thy way prosperous, and then thou shalt have good success.” – Joshua 1:8

God has already provided the answer. That answer will come alive in your life when you accept the truth of His Word as “more true” than your circumstances and do something with it. God is waiting on you.