I was awakened early one morning by the Lord and He gave me a revelation of the cross that I never understood before. I had preached about the cross for years, but it was always in reference to what Jesus did for us on the cross. I have preached the cross to sinners for salvation as well. The Lord revealed to me that the cross was not just for Him to bear for us or just to be preached to sinners to be saved. He said, “The cross must be preached to every son and daughter of God today.” He revealed to me who the cross is for and benefits of those who take up the cross. 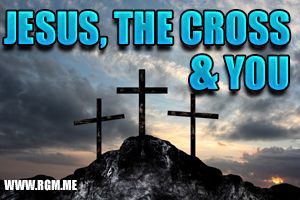 And he began to teach them, that the Son of man must suffer many things, and be rejected of the elders, and of the chief priests, and scribes, and be killed, and after three days rise again. And he spake that saying openly. And Peter took him, and began to rebuke him. But when he had turned about and looked on his disciples, he rebuked Peter, saying, Get thee behind me, Satan: for thou savourest not the things that be of God, but the things that be of men.

And when he had called the people unto him with his disciples also, he said unto them, Whosoever will come after me, let him deny himself, and take up his cross, and follow me. For whosoever will save his life shall lose it; but whosoever shall lose his life for my sake and the gospel’s, the same shall save it. For what shall it profit a man, if he shall gain the whole world, and lose his own soul? Or what shall a man give in exchange for his soul? Whosoever therefore shall be ashamed of me and of my words in this adulterous and sinful generation; of him also shall the Son of man be ashamed, when he cometh in the glory of his Father with the holy angels. - Mark 8:31-38 (KJV)

In verse 31-33, Jesus tells His followers that He must die on the cross and Peter rebuked Him. When you start preaching the cross today, people will rebuke you. Jesus immediately recognized that Satan inspired Peter to say those things so Jesus rebuked him.

No one can ever bear the cross that Jesus did in His substitutionary death for us, but we all must bear our cross (Mark 8:34). The cross not only represents death, but it also represents life. The cross for Christians is the place of the flesh, which is born in sin, is committed to death so that the born-again spirit may control your life. The carnal mind is renewed from vain imaginations to meditation on the word of God. You will never be a very effective Christian/minister until you develop to this point in your walk with the Lord.

The cross is hard on the flash because the flesh must be crucified, which involves the carnal mind. Jesus prayed that this cup might pass from Him. The Father revealed that there was no other way. There is no other way for you and me today either. Fasting, prayer, and meditation of the Word of God are the ways that you bear your cross. It is during these times of seeking the Lord that He reveals the areas that Satan uses your carnal mind and flash to control you. He also gives you the strength to put to death the deeds of the flesh once He shows them to you. At the cross you are loosed from every bondage of the carnal mind and flesh that Satan uses to ensnare you. The old you must decrease so  that the new you may increase, which is Christ in you, the hope of glory! Paul prayed that Christ would be formed in those who had been born-again under his ministry. It is then that you become a supernatural weapon against the forces of darkness.

The cross not only represents death, but new life. There are many benefits you receive at the cross that you cannot get anywhere else! In 1 Corinthians 1:17-18, you will find that you receive the power of God at the cross.

For Christ sent me not to baptize, but to preach the gospel: not with wisdom of words, lest the cross of Christ should be made of none effect. For the preaching of the cross is to them that perish foolishness; but unto us which are saved it is the power of God.  - 1 Corinthians 1:17-18 (KJV)

Everyone seems to be praying about the power, but no one wants to go to the cross to get it. Every major move of God in the earth was because somebody went by way of the cross to obtain it. At the cross is where you put on the character of God so that you can contain the power of God. Power without character will only bring failure. Ask Adam, Eve, Noah, Samson, King Saul, King David, Peter, Judas, Ananias, and Sapphira, just to name a few. This is not mentioned to condemn them, but only to learn from their example. You may ask, “Brother Randall, have you arrived?” No, the Lord would not be speaking to me like this if I had! He always speaks to us to point us in the right direction. Press towards the mark of the higher calling! If you trip on the way, cry out to Jesus and He will be there with His mercy and grace. God Is with you!