“Now the Spirit speaketh expressly, that in the latter times some shall depart from the faith, giving heed to seducing spirits, and doctrines of devils…” – 1 Timothy 4:1

The body of Christ has staggered around like a person who has lost their way in the dark for several years. All types of worldly fads, trends and fashions have been used in a desperate effort to bring people into the church. I realize that many are just trying anything they can, to reach people with the Gospel, because they don’t know what to do. 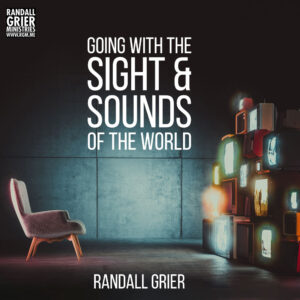 We have tried everything from the clothes we wear to theatrical productions, time-limited services, refraining from altar calls in public worship, unoffensive messages that say nothing about sin or the Holy Ghost and we are still ineffective in our efforts.

This generation has been called the sight and sound generation. The increased technologies of television, computers, game consoles, digital cameras, and visual media have brought us into this era. This technology has brought the world many conveniences, but it has also brought about many things that have hindered the will of God.

Technology, used improperly, has rapidly increased evil in the world. Satan has used this tool to promote his agenda instantly around the earth. Demons follow this sight and sound around the world. Young children and teenagers, even though they are in a good family and are taught correctly, are easily impressed and influenced.

The sight and sound generation is being taught to be spectators instead of participators. They’re being taught that if you don’t want it – throw it away. These things are not of God. Don’t give place to fads of the world that creep into the church. That is a one major way that seducing spirits and doctrines of devils get into the church of the Lord Jesus Christ. The way to keep these spirits away from you is to stay in the Word of God and spend time in prayer. You have authority over them. Keep the door of your mind closed to the suggestions of the devil.

I have a friend that has said, “You can be popular or powerful but you can’t be both!” You decide what you want. You can’t be a people pleaser.

“And Jesus went into the temple of God and cast out all them that sold and bought in the temple and overthrew the tables of the moneychangers and the seats of them that sold doves. And said unto them, it is written, My house shall be called the house of prayer: but ye have made it a den of thieves. And the blind and the lame came to Him in the temple; and he healed them. And when the chief priests and scribes saw the wonderful things that He did and the children crying in the temple and saying, Hosanna to the son of David; they were sore displeased.” – Matthew 21:12-15

The above verse states, “They were sore displeased.”  They didn’t like what Jesus said or did. Jesus didn’t go to the Temple to please the people, He went to pleases His Father. No matter where He was, Jesus went about to please His Father. When we spoke things that caused people to walk away from Him, He didn’t chase after them. In fact, He gave His disciples an opportunity to leave – “are you going to leave too?”

They understood what we must understand. “Where will we go. You have the words of life.” Jesus is the only one with the word of life. We find what we need to do from Him, not from fads and trends. We look to His Word and Spirit, not the world and technology.

If you want to know what to do in your church, ministry, or life – ask God. Don’t ask the world. Success comes from finding out what God wants you to do and doing it. God is with us!