And you Philippians yourselves know that in the beginning of the gospel, when I left Macedonia, no church entered into partnership with me in giving and receiving, except you only. (Philippians 4:15) 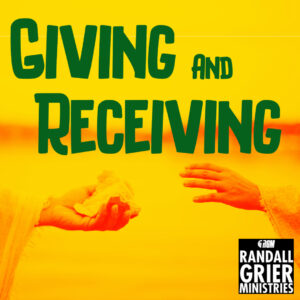 I have been in the same position as the Apostle Paul and the Lord always made a way. He will make a way for you, but His way always requires acts of faith. Don’t miss opportunities the Lord gives you to sow financially. I am not saying anyone should just wildly give their money away to anyone. A person should tithe to their local church and support it and sow as the Lord leads them into the Lord’s work.

In the early nineteen nineties I was flying a single engine airplane around to my meetings. I could fly it for less money than I could drive a car and get to my meetings and back much quicker. I had trouble with the electrical system failing a couple of times. The mechanics could not find any reason why I should be having the trouble, so I continued flying it to my meetings.

One day I was flying into a busy international airport when my electrical system failed again. All my communication radios and navigation equipment ceased to function. I was unable to talk with the air traffic controllers or know my exact position in relation to the airport and commercial aircraft. I continued flying my flight plan as the FAA rules require. I turned on a portable, handheld battery powered radio and was able to communicate with the air traffic controllers again. They were able to give me headings and altitudes to fly and talk me down to where I could see the runway and land. For you pilots, I was flying an IFR flight plan. Oh yes, I was very happy to land!

I had the mechanics look into why the system had failed again. They said it was a part that I replaced about two weeks earlier that had failed and I needed a new one. They ordered it and while installing it on the airplane, the mechanic saw something everyone before had missed. The engine block was cracked on number three cylinder from top to bottom. Excessive engine vibration had caused it to crack and caused the electrical problems. I was grounded and had to have a new engine that cost many thousands of dollars that I did not have. I didn’t know what I was going to do.

I went to the hotel to pray and get ready for my meetings. The Lord woke me up during those meetings one night. He gave me a message entitled, “Knocked Down But Not Out.” He also caused the money to come to me in that meeting to pay cash for a new engine!

I Had To Get Someone To Obey Me

The Apostle Paul received the revelation from Heaven to write about two-thirds of the Bible. He faced many hardships and opposition from people and Satan, but the Lord put him over. He needed people to partner with him to help Him fulfill the will of God in the earth. I am thankful for those who partner with me to accomplish His will. Dad Hagin’s word to me is coming to pass. He told me that I would be right in the middle of the last day end time move of God. I encourage you to be there too.