I was awakened early one morning by the Lord. He said to me, “You need to study, meditate on, and preach about the realm of the Spirit until My people are more aware of the Spiritual realm than they are the physical or natural realm.” 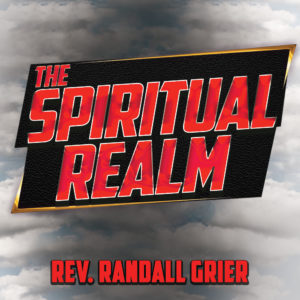 Wherein in time past ye walked according to the course of this world, according to the prince of the power of the air, the spirit that now worketh in the children of disobedience. (Ephesians 2:2)

The only cure for the “Materialism or Naturalism” of the present day church is to discover what the Scriptures reveal as to the Spirit Realm. It seems that the church of Jesus Christ is trying to see how materialistic it can be.

The Angels of God are innumerable in number according to Hebrews 12:22. They are mighty in power, but not almighty. (2 Thess. 1:7) They excel in strength. One angel destroyed 185,000 of the Assyrian army in a night. An angel rolled away the stone from the Tomb of Christ, and one angel shall bind Satan and cast him into the Bottomless Pit. They are Glorious beings (Luke 9: 26), and have great knowledge, but are not Omniscient. The Angels are Ministering Spirits to them who are heirs of salvation (Hebrews 1:13-14), and executioners of God’s Wrath on the wicked. (2 Thessalonians 1:7-8)

And suddenly there came a sound from heaven as of a rushing mighty wind, and it filled all the house where they were sitting. And there appeared unto them cloven tongues like as of fire, and it sat upon each of them. (Acts 2:2-3)

There are many who deny the existence of Satan today. They claim that what we call Satan is only a principle of evil. They say that this evil is a sort of malaria, an intangible thing like disease germs that floats about in the atmosphere and attacks people under certain conditions. The existence of Satan cannot be determined by the opinions of men. The only source of information is the Bible. That is the reason Satan tries to discredit the Word of God. He is not a “principle of evil” but he is a Spirit Person.

Be sober, be vigilant; because your adversary the Devil, as a roaring lion, walketh about, seeking whom he may devour. (1 Pet. 5:8) He walketh, he roareth, he is to be chained. (Rev. 20:1-3) These could not be said of a principle of evil. He has many names or aliases: Satan, Devil, Beelzebub, Belial, Adversary, Dragon, Serpent. He is mentioned by one or the other of these names 174 times in the Bible.

Dr. Kenneth E. Hagin said, “If you could see all the demons in the spirit world it would scare some folks to death.” I have had visions and seen some of these demons, but I have also seen the Lord Jesus in a vision.

Yielding To The Flesh And Satanic Spirits

For we wrestle not against flesh and blood, but against principalities, against powers, against the rulers of the darkness of this world, against spiritual wickedness in high places. (Ephesians 6:12)

Satan rules over his kingdom on this earth. He rules over principalities, powers, rulers of the darkness of this world and spiritual wickedness in high places. The goal of satan and his subjects is to get you to rebel against the Bible, the Lord Jesus Christ and our Father God. They entice you and I through our flesh that has been tainted by the fall of Adam and Eve who were our great grandparents.

The Wisdom Of Satan And Man

This wisdom descendeth not from above, but is earthly, sensual, devilish (James 3:15). There is a wisdom on earth that comes directly from the devil and not from our Father God. Just because someone has great wisdom or invents something, is CEO of a thriving company or has a Doctorate degree or is a teacher or professor in the educational field does not mean God gave that wisdom to them.

Familiar spirits and demonic spirits of knowledge and wisdom operate through those in the church who yield to them. If satan realizes that a little wisdom or knowledge would lead you away from God, he will make sure you get all you need. If you can be bought with a price, he will pay whatever amount you require! He offered Jesus all the kingdoms of this world to obey him.
The church must watch who they quote and the books, movies and education they allow. I hear and see Christians often quoting people who aren’t saved and wouldn’t know the Holy Ghost if He came walking down the road with a red coat on! When that occurs, it opens up that person’s life to the evil spirit behind it for greater demonic influence.

Now the Spirit speaketh expressly, that in the latter times some shall depart from the faith, giving heed to seducing spirits, and doctrines of devils. (1 Timothy 4:1)

Many of the so-called new ideas that have recently gained prominence in the Pentecostal churches and others have been around for years. It is the same New Age Spirit (devil) that I came across over 35 years ago. I came from the Hippie Era and I experienced everything it had to offer. That is why I have been so outspoken against these things because I know they will lead you away from God. Jesus Christ told Kenneth E. Hagin in July 1987, that bringing these things into the church was substituting brass for gold. These things draw the church away from the Holy Ghost and back into the world.

One trend is ‘don’t tell anyone what the Bible says because it might hurt their feelings or offend them.’ The gospel then becomes watered down and loses its power and strength. The flesh, demons and sin begin to rule in the church and morals and Biblical values decline.

Another trend is the Ordination of Lesbians and Homosexuals by major Christian denominations, who declare that these lifestyles are accepted by the Lord Jesus, and are not sin. It is sin and it is of the devil. The denominations are no longer Christian and those who agree with this and practice this will spend eternity in hell, if it is not repented of.
This liberality has crept into churches and I have witnessed homosexuals and lesbians on the platforms of Bible believing churches and those in charge were not even aware of it. Those who don’t recognize it and correct it, will embrace it. This all came from the free love era over 35 years ago. Nothing was wrong and every lifestyle was accepted.

Body marking has its origin in demonic occult practices. It is called tattooing today. It is forbidden in the Bible and it should never be practiced in the New Testament. The Christian is the Temple of God and no marks of heathen, demonic origin should be placed upon God’s Temple. It opens the door to satanic influence.

Gyrations Of The Human Body

Gyrations of the human body has its origin in the worship of and yielding to demon spirits, accompanied by music. This flesh dance was to entice and invite demons to enter the human body, so the demon could manifest itself in the physical world. It is also used in sexual ways to entice those who view the gyrations. This was at the forefront of the Hippie Movement and many were demonized, stripped down naked, and danced through the streets and woods. Today these gyrations are of the same spirit and should never be practiced by the Christian. The Christian is to crucify the flesh, not gyrate it.

Abbreviated dress is of the old New Age era. It was a sign of rebellion against the established order of society. Wild hairstyles and wild dress was common in that era. This trend today is only a reoccurrence of the demonic rebellion of that day. Abbreviated dress, in any form, is a sign of rebellion against Biblical principles. That is why you will not find me participating in it, I know it is inspired by satan. Men and women compete today to see who can display the most flesh in church. Cracks, crevices and seductive dress are on display. The Lord God dressed Adam and Eve and He still expects us to dress in the best clothes that we can. Obey Biblical principles, not fads.

This came along over 35 years ago, it didn’t start with this generation. Hippies invented it, and I was one. We were looking for something to help take us on a mental, soul drug trip. Black lights, strobe lights, bright flashing colored lights and fog machines were discovered to enhance our spiritual, demonic drug experience. These devices, with drugs and demons, fooled the human mind into a false sense of reality. Many thought they were in another spiritual dimension. The church has embraced these things today because they are ignorant of their origin, and how they affect the soul and mind, in a negative way. Anything used in the physical realm to enhance your, so-called, spiritual experience is of the flesh and will lead you away from the Lord Jesus Christ. God is a Spirit and you worship Him in Spirit and truth. (John 4:24)

Speaking The Truth In Love

I don’t say these things to be controversial, make people mad or offend them. I say them reluctantly because the Lord Jesus Christ told me to. I say them with a heavy, sad heart that is filled with the love of God for the Christians of my era. Anyone that knows the Lord, knows what I am saying is correct. He that walketh with wise men shall be wise: but a companion of fools shall be destroyed. (Proverbs 13:20)