Make a joyful noise unto the LORD, all ye lands. Serve the LORD with gladness: come before his presence with singing. Know ye that the LORD he is God: it is he that hath made us, and not we ourselves; we are his people, and the sheep of his pasture. Enter into his gates with thanksgiving, and into his courts with praise: be thankful unto him, and bless his name. For the LORD is good; his mercy is everlasting; and his truth endureth to all generations. – Psalm 100:1-5 KJV 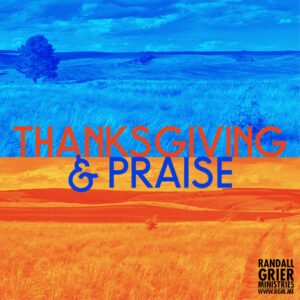 If we stop complaining and griping about everything that is going on in the world and in our lives, and start worshipping the Lord those things will fall away. Instead of magnifying all the things you’ve been complaining about, magnify the Lord. There’s about a thousand different things that you can complain about in a day and you magnify them as you do it. But if you would place all of those things to the side and magnify the Lord, those things would not seem as bad as you think they are.

Look at the spies that came back from the Promised Land. You had one group that magnified the problems and everything they complained about became true in their lives. They thought the giants would defeat them and they did. Actually it was their own mouths, their own confession, their own way of looking at things. However, the two spies that decided that God was bigger, God was greater, God was true to His Word – they entered into the Promised Land and received what God had promised.

It all depends on who (or what) you magnify and glorify.