For verily I say unto you, We’re talking about bringing in the harvest. verily, I say unto you, that whosoever shall say unto this mountain, be thou removed and be thou cast into the sea, and shall not doubt in his heart, but shall believe that those things which he saith shall come to pass, he shall have whatsoever he saith. – Mark 11:23 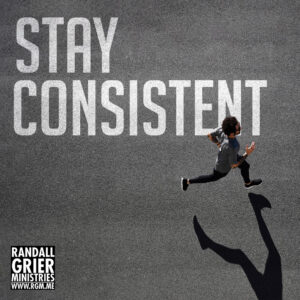 Dad Hagin was kneeling at the altar one day at a church he was preaching at. A little Assembly of God church. He knelt at the altar on his knees and he read through the book of Mark. Not studying the whole book of Mark, just read through it. Then he kinda got tired of sitting there on his knees, so he sat down and leaned his back against the platform. You remember how the platform and the altar would be a little bit higher. He just sat down and leaned up against the wall.

While he’s leaning there, meditating on Mark, the whole book of Mark and what he had read, just kinda praying in the spirit, suddenly the Spirit of God rose right up in him and said this, “Did you notice that in Mark 11:23 that it says there that you need to say it three times, and it only says there to believe it one time?” Brother Hagin said, “No, no I ain’t never seen that before.”

He grabbed his Bible and started reading. Again, the Lord said to him, “Did you notice in Mark 11:23 that it says in there to say or saith three times, only says to believe it one time?”

You want me to give you a direct quote from Jesus Christ? Are you ready for this? Jesus said to Dad Hagin sitting there by the altar, “You’ll have to do three times as much preaching about the saying part of Mark 11:23 as you do the believing part. Folks are not missing it primarily in the believing part, they are missing it in the saying part.” That’s a direct quote from Jesus to Brother Hagin.

So this man and his pastor went out hunting one morning, but they got out late, because there’s an ideal time to start hunting, but hey got out late. So they were walking this old logging road and there’s nothing out there. The pastor’s grumbling cause they’re late and all this stuff. All of a sudden, right out in front of this guy, that’s walking in the front – the man that had done all the confessing – the biggest moose in the province of Alberta stepped out about a hundred yards away and turned around and smiled at him. Oh, when they smile at you, you reach out and touch someone. That’s what you do. The man dropped down, pulled that rifle up, and boom! The moose dropped, and it was the biggest moose that had ever been killed in the province of Alberta, probably to this day.

Say what you want to see and it shall come to be.

God is with us!