Three men – Leroy, Roscoe and Mr. Ralph took several teenage boys hunting so they could learn to shoot guns safely, and hit what they were aiming at when they pulled the trigger. Mr. Ralph was an elderly gentleman about 80 years old, and was an excellent marksman with much experience. 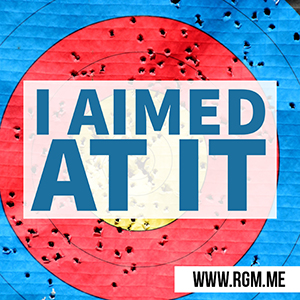 They went to the field to hunt doves. After arriving, Mr. Ralph told them he was going to rest under the shade tree for a while because it was so hot. Leroy and Roscoe took the boys out in the field and they all hid behind camouflage blinds, so the birds could not see them.

Leroy and Roscoe had 12 gauge shotguns with sawed off barrels. We call them scatter guns in the country because the pellets flew out of the barrel wildly when the trigger was pulled. Most of the time you couldn’t tell exactly where the shotgun pellets would go, so you just pointed it in the general direction you wanted to aim and pulled the trigger. In the country, we also call these type of guns “spray and pray guns.” You pull the trigger, spray the shotgun pellets, then pray that you hit something!

Here came a flock of birds in the sky and Leroy and Roscoe jumped up and began firing: boom, boom, boom and boom, boom! Smoke filled the area and the boys eagerly waited to see the results of all the noise and smoke. There seemed to be nothing different until they heard singing in the sky. It was the flock of birds singing the old song, “I’ll Fly Away O’ Glory,” as they flew away (that singing kind of fit in here, maybe stretching it a bit though). Leroy and Roscoe didn’t get one bird! This went on for about two hours, until the boys got tried of it.

They decided they were going to leave, but Mr. Ralph hollered (you holler in the country) at them and wanted to know what they were doing. Leroy and Roscoe told him they all might as well go home because no one could hit them birds today.

Mr. Ralph (oh, you say Mr. and Mrs. as well as yes sir, no sir and yes ma’am and no ma’am in the country – you lived longer that way – city folks should try it) said, “No I am going to hunt while I am here and show them boys how to do it.” Leroy and Roscoe protested, but did what Mr. Ralph said. (you respect your elders in the country and don’t sass them at all- city folks should try it)

They all positioned themselves in the camouflage blind and waited. Here came a flock of birds. Mr. Ralph, took his old Mossberg, 12 gauge, bolt action, 31 inch barrel shotgun, and placed it on his shoulder. He told the boys to watch the 2 birds in front of the flock. He aimed, aimed and aimed until they got restless and wanted to see and hear some action. Finally, you heard the sound, “Boom” as Mr. Ralph pulled the trigger. Two birds fell from the sky with one shot.

They all hollered, How did you do that!” He said, “Keep your britches up boys and I’ll tell you.” He said, “Do you really want to know?”

They all yelled yes!

You only hit what you aim at. You could go through your entire life and never receive God’s best for you. We should take much more time aiming (meditating on His Word) before you pull the trigger.

Don’t be surprised when you don’t hit the target you never aimed for.